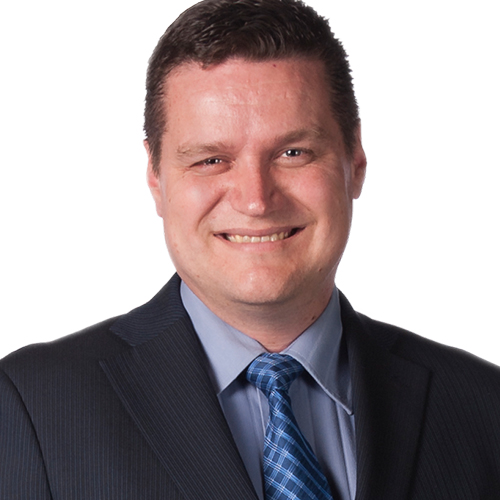 James Teitsma was elected to his first term as the MLA for Radisson on April 19, 2016 and re-elected on September 10, 2019. He is a lifelong Manitoban who has lived and been an active community member in the Radisson constituency for over 20 years.

James attended Murdoch MacKay Collegiate and went on to complete a First Class Honours Degree in Computer Science from the University of Manitoba. After graduation, James joined EISI, a small software development company. James’ career grew along with the company as it expanded from a staff of 7 to a leading, global provider of financial and tax planning software with over 300 employees serving a number of major financial institutions. As EISI’s Chief Development Officer, James led a team of over 100 software developers. Known today as Advicent, James worked in a senior leadership role as the company’s Chief Architect prior to his election to the Manitoba Legislature.

As immigrants to Canada, James’ parents instilled in him the strong values of hard work and giving back to the community. A lifelong volunteer, James has provided leadership with a number of organizations and is a member of the Transcona Legion and the Transcona Rotary Club. He is also an active member of his church and is proud to have played a leading role in converting the District #4 Police and Fire Station into a new church building that maintains the building’s historic architecture.

James is the youngest of six children and grew up in the family home across the street from the CN Transcona Shops. He and his wife Joanne have been married for 19 years and are the proud parents of 6 children and share in their family’s love of sports including hockey, basketball, and cycling. James also enjoys playing piano whenever he gets the chance.

James is dedicated and passionate about the issues that affect our community and our province. As an MLA, he is committed to building a stronger Manitoba that provides better education and economic opportunities for our young people, a health care system that puts patients first, and a government that respects the hard-earned tax dollars of Manitobans.