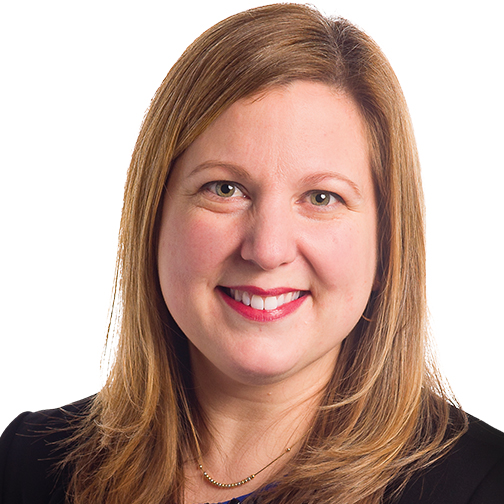 Sarah Guillemard was elected on April 19, 2016 to her first term and re-elected on September 10, 2019 as the MLA for Fort Richmond. From 2016 to 2018, in addition to her duties as MLA, she served as Legislative Assistant to both the Ministers of Health, Seniors and Active Living; and Sport, Culture and Heritage.   On October 23, 2019 she was appointed as Minister of Conservation and Climate.

A graduate of Fort Richmond Collegiate, Sarah has lived in Fort Richmond for 31 years and is proud to be raising her family in the same vibrant, caring neighbourhood that she grew up in. Sarah has been a tireless community advocate whose efforts have benefitted families in the community and throughout Winnipeg.

Sarah’s belief that parents should be active participants in decisions that affect their children’s education compelled her to take the lead in working with the Pembina Trails School Division to address the issue of overcrowding at Ecole St. Avila School. In recognition of her outstanding achievements, Sarah received the Parent Council Recognition Award from the Manitoba Association of Parent Councils in 2010.

Sarah also believes in welcoming those who are new to Canada. Living overseas with her husband and young family for 18 months gave her an appreciation for the difficulty facing newcomers with a language barrier. This led Sarah to begin teaching English conversation classes for new Canadians through her Church.

In addition to her work in the school system and with newcomers to Canada, Sarah is a long-time soccer coach and enjoys working with her teams to bring out the best in each player both on and off the field.

With four generations of her family living in the area, Sarah is deeply committed to Fort Richmond. Sarah is proud to be part of the Manitoba PC caucus that is putting forward a better plan to improve the quality of life for our students, families, and seniors.